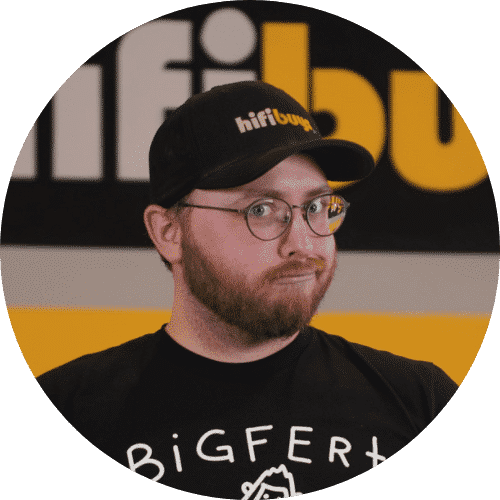 “Admittedly, I am not as big of an audiophile as most of my coworkers. Once I started working at HiFi Buys, I quickly realized the there was a lot that I didn’t know about quality audio and the profound effect it can have on people. Now, I get to work with a great group, meet amazing customers, and help make people’s audiophile dreams become a reality.”

Mike Doughty is the Operations Manager for HiFi Buys. In this role, he coordinates with the various distributors and manufacturers to ensure that your orders are delivered as quickly as possible. He has a special knack for organization and logistics, and customers and coworkers alike can count on him to keep everything running smoothly and efficiently.

Mike was asked to join his brother Chris when HiFi Buys was expanding back in 2015 and has been keeping the fellas on their toes ever since.

Originally from Hammond, Louisiana, Mike currently calls Marietta home where he lives with his partners in crime: his girlfriend Anna and his two cats, Snuggleton and Henry. In his downtime, he enjoys reading, playing video games, and bingeing Netflix.

If forced to participate in a talent show, how would you entertain the audience?