The Backstory on One of the Most Famous Brand Images 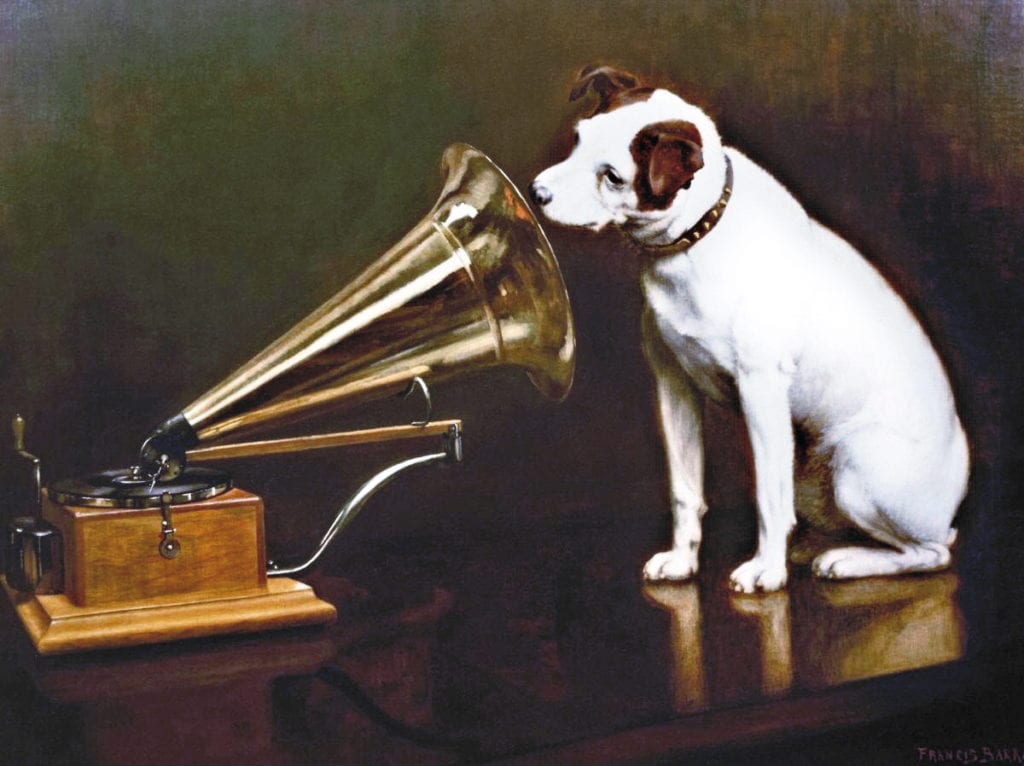 Obviously, we love music and dogs. I mean, really, who doesn’t? Even one of the most famous trademarks in history features both in them. So now that we have a bit of extra time on our hands, we started wondering about the backstory on this famous image and brand.

Born in 1884 in Bristol England, the famous dog was named Nipper and assumed to be part Jack Russell Terrier, or possibly Smooth Fox Terrier or Bull Terrier. Either way, he definitely had some terrier in him, which is a pretty curious breed. Legend says he was named Nipper because he would “nip” at the backs of visitors’ legs. He belonged to Mark Barraud, a scenery designer for a London theater. Mark passed away in 1887, so Nipper was taken in by his brother, Francis, a painter.

The infamous painting featuring Nipper is called, “Dog looking at and listening to a Phonograph.” Not a particularly clever title, but it does say exactly what it is. Because the painting also featured an Edison cylinder player, Francis offered it to the Edison company to use in their advertisements. Shortsightedly believing that dogs don’t listen to phonographs, the folks at Edison turned down the offer.

Not one to take one “no” as the final word, Francis took the painting to the Gramophone Company, Edison’s competition. They loved the idea, but only if Francis would rework the painting to show Gramophone disks instead of Edison cylinders. And as they say, the rest is history. Within a few years, the image became the trademark for Gramophone in England and RCA in the United States, and Nipper was famous on both sides of the Atlantic.

As it turns out, Nipper wasn’t listening to music when the original painting was created. Before he died, Mark Barraud, Nipper’s original owner, recorded his voice on some cylinders. It was those cylinders that Francis was playing when he captured the inquisitive look on Nipper’s face. I imagine he was confused to hear his dead, yet dear, master’s voice!

Sadly, Nipper died in 1895 before he could relish his fame. He was buried in Kingston upon Thames at Clarence Street in a small park. Over time, the area was built up and a branch of Lloyd’s Bank now occupies his burial site. But Nipper is not forgotten. On the wall of the bank, just inside the entrance, you’ll find a brass plaque commemorating the famous terrier that is buried under the building. Also, in 2010, a small road near Nipper’s final resting place was renamed Nipper Alley in honor of its famous former resident.

We think HiFi would have enjoyed hanging out and listening to some tunes with Nipper given the opportunity! 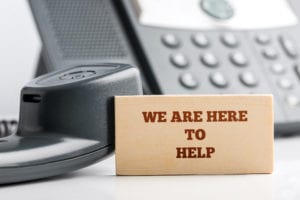 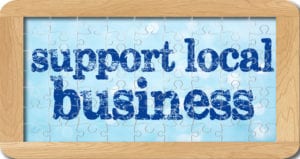 We Are Open! (Just Postponing Some Events) 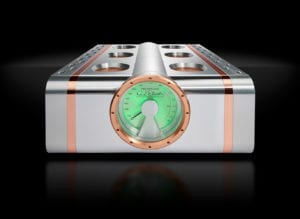 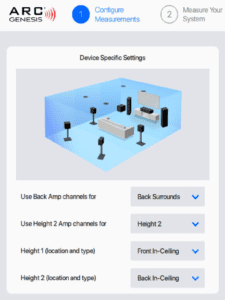 You Need To Check Out Anthem ARC Genesis